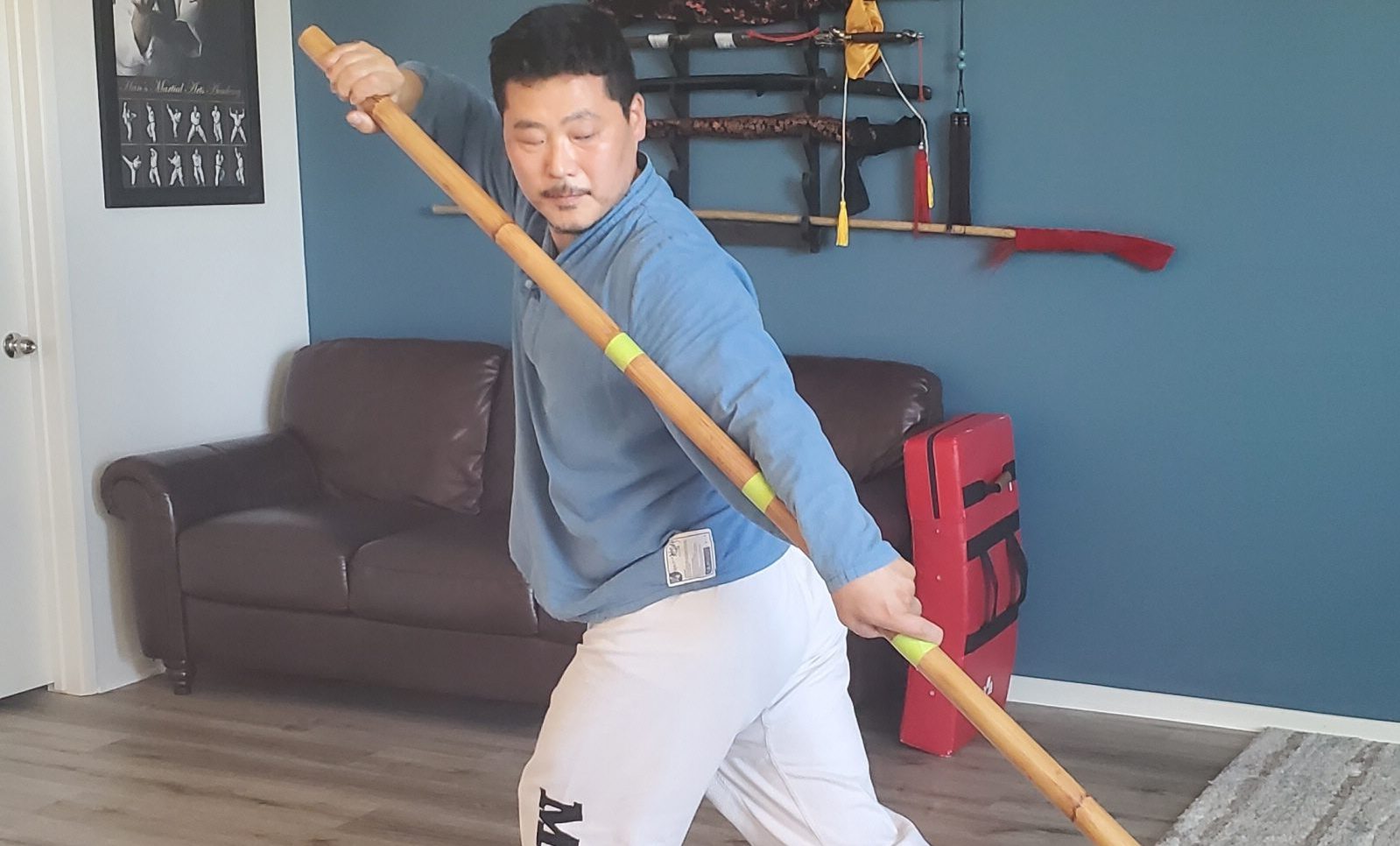 1. Blue dragon out of the water: Stab pole forwards

2. Child worships the Buddha: then turn around to withdraw the posture

3. Hungry Tiger attacks his prey: do the splitting pole posture

4. Tiger blocks the way: entangle pole with back then come over to step forward a free entangling

6. Obliquely split and sweep the eyebrow: a step forward, do a splitting then do a bursting, sweeping the eyebrow horizontally, stab to toward direction when hitting, stab it in the left front then hit at the left rear

7. Blocking hung upside down: that is to say, lift the pole upwards then split downwards with step forward then scoop the pole

8. The center enters the mortar

9. The outstanding bird enters the birdhouse

10. Split face and broken back: split the pole downwards,
back busting, shake the pole

11. Pulling the pole: turn around the body with twine the pole inwards, walk one, two at the third step burst backward after bursting then split the pole

12. Yellow dragon stirs water three times: stab the pole then to twine the pole, after stirring to bust again and split

13. Gather in brooding in the center and embracing the moon

The routine is short: Each posture has an obvious combat application. It lacks the “flowery” movements found in many staff forms. Among the techniques found in the routine are nian (stick to), chan (entwine), jiao (wind up), lan (waist turning block), pi (cover), beng (burst off), tuo (drag),

In order to practice the 13 posture long pole, it is necessary to have established a solid foundation in the barehand routines and techniques of Chen style Taijiquan. Among the requirements are solid stances, strong root, whole-body movement, and the
ability to issue energy (fa jing). The 13 actions long pole is practiced as a method for increasing the practitioners’ internal energy, ability in fa jing, and strength.