Who is Master Han?

Master Sang Han is the president of the International Golden Rishi Qigong & Tai Chi. Born in 1969, he began learning Taekwondo in 1974. He grew more and more passionate for various mind-body disciplines leading to his lifelong dedication to healing and martial arts. In 2002, he founded Han’s Dragon Martial Arts Academy in Chicago and later moved his practice to San Diego.

There are numerous experts in the martial arts field. Master Han’s program focuses on more than physical performance and competitions.  The aim is for ongoing, overall health.  Master Han’s teaching goal is to prompt students towards adopting the exercise and health program as part of everyday life.

Recognizing that each student has different limits and personalities, Master Han understands that there is a fine balance of challenging his students.  The Qi Gong and Golden Rishi meditation principles and discipline is multi-faceted, demanding fine-tuning of concentration simultaneously with growing physical control and strength.

Master Han’s entire life since childhood has been a whole-hearted dedication to learning any accessible form of body-mind discipline. He is Kukkiwon 7 Dan holder, and he especially admires two masters of his life.

The first is the Grand Master Chen Xiao Xing, who is a 19th generation lineage holder and the Executive Principal of Chenjiagou Taijiquan School of China. Master Han is the first Korean American among his disciples, and Master Han keeps teaching Tai Chi in exactly the same way he learned from Master Chen. 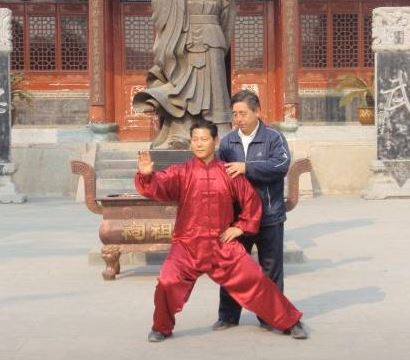 The second is the Grand Master Choi Byung Ju, who founded the International Golden Rishi Academy in Korea in 1991. The International Golden Rishi Academy has four schools in South Korea, China and Mexico, carrying out researches, conferences and trainings at domestic and international levels. Master Choi studied various modes of healing and meditation in China, India, Tibet and Mongolia, but his goal is to inherit, expand on and share the Korean tradition of Qi Gong, which has a history of thousands years with its philosophical roots in Confucianism and Buddhism as well as Taoism. He is concerned only about how humans can benefit from nature for the health and well-being of body and mind, while absorbing the wisdom of ancient philosophies and practices but not bound by any particular tradition or school. Although Master Choi has built a large following around the world, bringing aid to many who are suffering physically or mentally, developing a religion or worship of any kind is not his interest at all. He only intends Golden Rishi practice to be a path of self-healing and self-discovery, i.e., finding and realizing your potential as a small scale universe.

Master Choi has given a workshop in San Diego in October 2018, and the International Golden Rishi Qi Gong & Tai Chi hopes to keep hosting such events every once in a while. 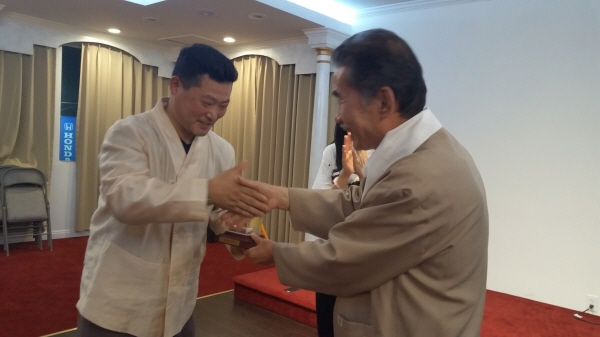